Homework and other materials for the Professional Application Development with Revolution (now LiveCode) course that Blue Mango Learning Systems offers.

Now let's look at how to undo changes to a field. 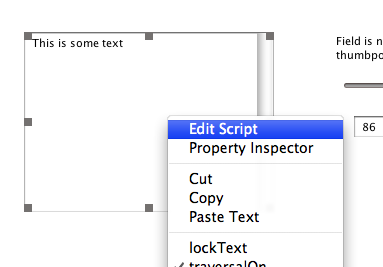 Set the script of the field to the following RevTalk code. Read the comments for an explanation of what is going on.

-- message sent by the Revolution engine when

## Store content of field so we can undo changes the

## user makes. No undo entry is made here however

## as the user hasn't made any changes yet.

put the long id of the target into sMementoA["field"]

put the htmltext of the target into sMementoA["htmltext"]

-- message sent by the Revolution engine when focus

-- leaves the field and the user has changed the field

-- message sent by the Revolution engine when focus

-- leaves the field and the user has NOT changed the field

-- by RevTalk code though so we need to check whether

## If the content of the field has changed since the openField

## message was received then add an undo action to the queue

## 'the target' will always be the field as this command is

if the htmltext of the target is not sMementoA["htmltext"] then 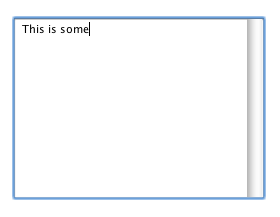 Click inside the field. This triggers the openField message. Edit the text. Even though a change has been made the undo manager doesn't know about it yet and doesn't post an undo action to the queue. An undo action will be posted to the queue when the closeField or exitField message is received. 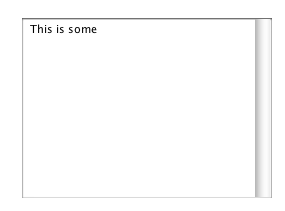 Clicking outside the field triggers the closeField message which in turn posts an Undo Action to the Undo Queue. 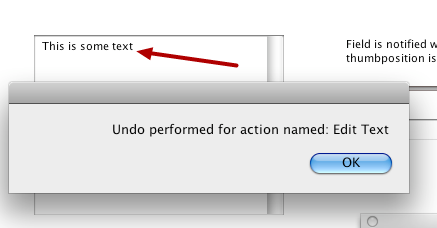 The text will change to the original value and a dialog will appear showing you what happened.