Homework and other materials for the Professional Application Development with Revolution (now LiveCode) course that Blue Mango Learning Systems offers.

Now we will look at a similar undo example using a Scrollbar. 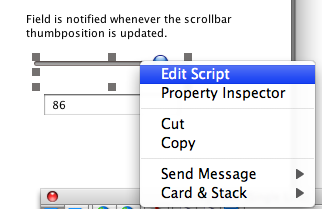 Set the script of the scrollbar to the following RevTalk code. This code is similar to the field code except that the memento is stored on mouseDown and an Undo Action is added (if necessary) on mouseUp.

## Store position of scrollbar so we can undo changes the

## user makes. No undo entry is made here however

## as the user hasn't made any changes yet.

put the long id of the target into sMementoA["scrollbar"]

## If the position of scrollbar has changed since the mouseDown

## message was received then add an undo action to the queue 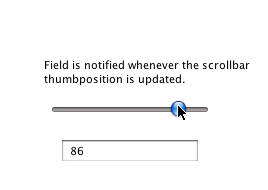 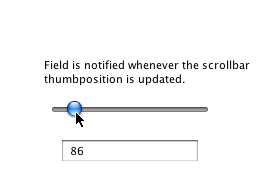 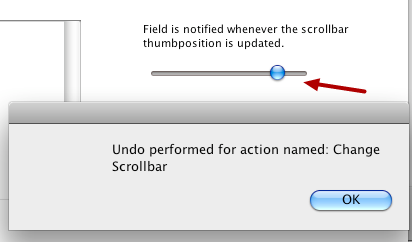 The scrollbar slider returns to the original position and a dialog appears. 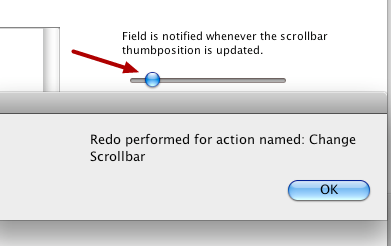 The slider goes back to the new position you set and a dialog appears.